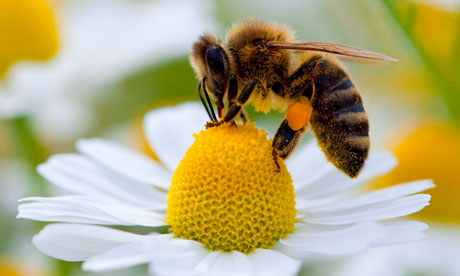 There are at least 16,000 classified species of bees. Most are solitary insects; only about 5% are social,

the most common being the honeybee. As many as 80,000 of them colonize a single hive.

Bees fly on every continent but Antarctica, and since ancient times they have been used as a source of food.

They feed on nectar and pollen (unlike mosquitoes, whose female feeds on blood—see the chapter on mosquitoes).

If you want to gather honey, don’t kick over the beehive. 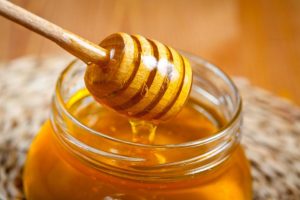 Honey never spoils. Edible honey has been found in pharaohs’ tombs and in other archaeological sites.
Archaeologists probing the Turkish seacoast in 2003 for evidence of a Noah-like flood unearthed planksfrom a sunken ship about 300 feet under water.

The deck remnants were coated with a form of wax, perhaps even beeswax. According to maritime specialist Cheryl Ward of Florida State University, this may indicate that the ship was transporting honey. The research vessel Hercules retrieved six amphoras (ceramic containers), which are being analyzed for pollen.

If test results prove positive, that would suggest a robust trans-Mediterranean honey trade.

To the present writer a careful study of the facts now available seems to leave no doubt that civilization was born at the southeast corner of the Mediterranean.

—J A M E S H . B R E AS T E D, U.S. historian
People had already settled the islands in the Mediterranean and around Great Britain long before the first pharaoh built the pyramids in Egypt.

And bees were part of it all.